No access to justice: How legal advice deserts fail refugees, migrants and our communities 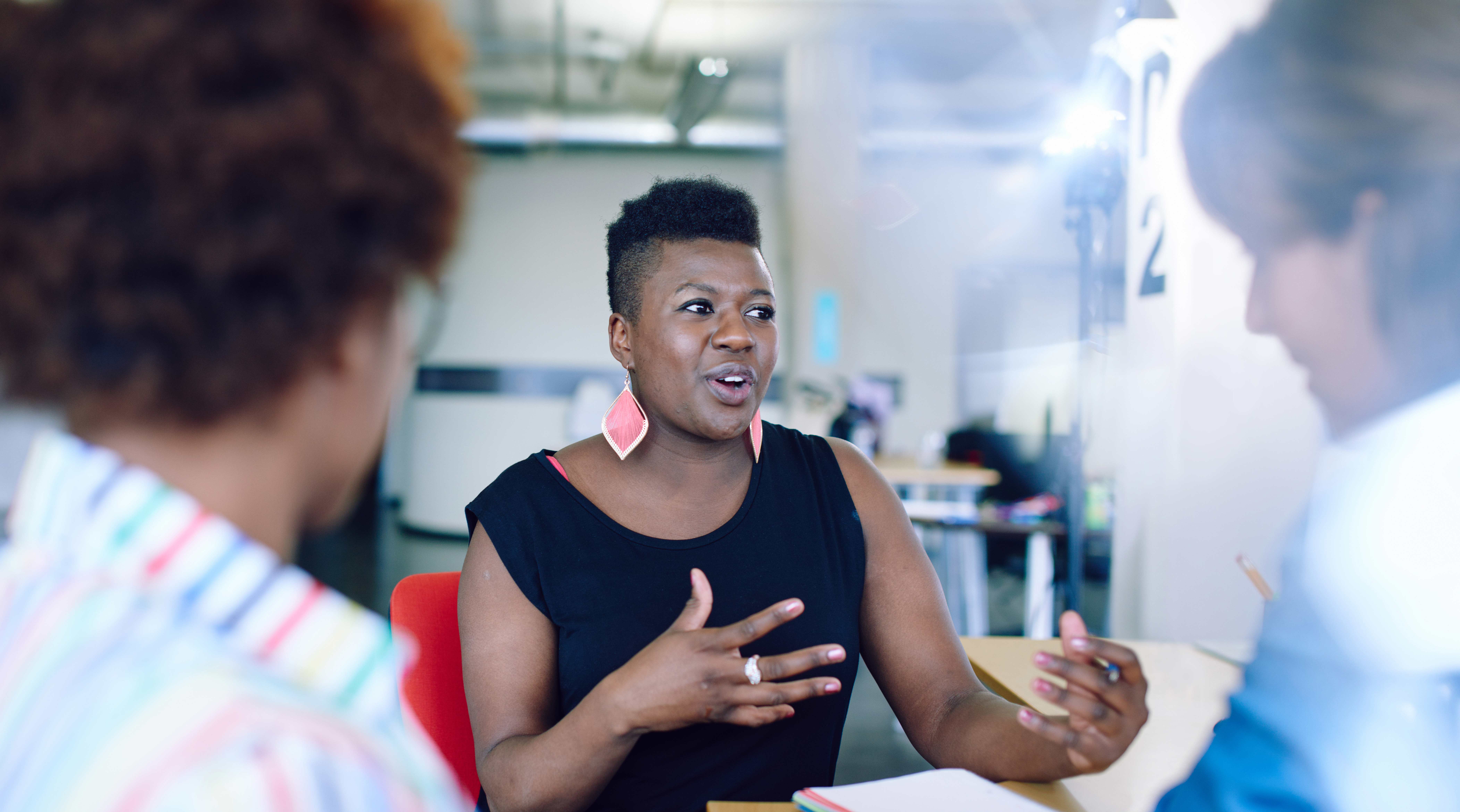 Our new report by Dr Jo Wilding is a unique and first time piece of research carried out at national level to map the reality of legal advice provision for immigration advice.

No access to justice: How legal advice deserts fail refugees, migrants and our communities, by Dr Jo Wilding

Refugee Action has been committed to access to justice since it was founded more than 40 years ago. It sits at the core of our strategic work because it unlocks the safety, integration and rebuilding of people’s lives after navigating a very complex asylum process in the UK.

For the past six years, Refugee Action’s Good Practice & Partnerships team has developed its strategy to make available good quality immigration advice. It has worked with refugee and migrant organisations to build a legal advice ecosystem based on three pillars: quality, accessibility and legal literacy and empowerment.

Our analysis of legal advice deserts and areas of higher needs for expert advice has informed our work. This meant we could focus our limited resources on the most vulnerable. This analysis was formerly completed in house, but we lacked the academic grounding. We were fortunate enough to come across Dr Jo Wilding’s work in 2018, so commissioned her to carry out the national analysis that is published today.

Dr Wilding’s conclusions are no surprise to those of us supporting refugees and migrants. However, they are the much-needed evidence for the action needed to address a shortfall that is having a greater impact than we can evidence at this point.

Poor legal advice and representation lead to destitution, homelessness, isolation, and poor mental and physical health of people, and affect the capacity, resources and resilience of the services that are there to support them. Ultimately, it impacts on the services provided by the local authorities and communities, and is a direct cause of the racist hostile environment that targets the people we are trying to help.

We want to focus our efforts on shifting power to people in the asylum and migration systems so they can be more legally literate and empowered to instruct and get the legal advice they need. We want to focus on creating and supporting organisations to develop a new cohort of advisers and specialists that will be needed to address the unmet demand outlined in the report. We want to shift power to those communities affected, so that they can access the quality advice they deserve to navigate the complex and structurally racist systems they are stuck in. While we advocate for a legally literate advice sector that increases its capacity to give immigration advice, this is no remedy to the huge deficit in legal aid provision highlighted in our report.

The evidence in this report means we can get to work to support the infrastructure needed to meet the deficit and walk alongside our campaigns colleagues to address these issues with key stakeholders. And we of course want to do this with you, the sector, our communities, and our allies.

We are grateful to our funders – The Community Justice Fund and the Paul Hamlyn Foundation – for their support, to all of those who took part in the research, and to all of those who discuss how to make sure there is access to immigration advice and justice in such a hostile environment.

We will continue to work across the refugee and migrant sector, communities, local authorities and other stakeholders to build a safety net of quality advice that reaches the most vulnerable early.

In every part of England and Wales, there is a deficit between the need for immigration and asylum legal advice and the provision available. There is not enough legal aid provision to meet even the need which is clearly eligible for legal aid (without an application for exceptional funding). The North West of England has numerically the largest deficit, despite having the second-highest amount of legal aid provision. Across England and Wales as a whole, there is a deficit of at least 6,000 for asylum applications alone – which is just one of the reasons why remote advice is not an adequate solution to the supply problems.

The UK Regional Immigration Advice Mapping Project (UKRIAM) aimed to understand the need for immigration and asylum legal advice in all parts of the UK, and how much provision, of what type, is out there to meet that need. The research looked at geographical patterns of both need and provision: What drives the need for advice in a particular region, and what determines whether advice is available? And if supply is not meeting demand, what are the obstacles preventing expansion?

Northern Ireland (NI) and Scotland have separate legal aid systems from England and Wales (E&W). Both NI and Scotland still have legal aid for the full range of immigration and asylum matters, if the client’s financial means are low enough. In E&W, the scope of legal aid is very restrictive, essentially covering only asylum and protection cases, detention, some trafficking work, and domestic violence cases, with judicial review work funded only if it succeeds (on various criteria).

In NI, despite the broader scope of legal aid, and despite all solicitors being permitted to do immigration legal aid work without registration or regulatory barriers, very few firms actually take immigration cases. Although 99 firms appeared on the Law Society NI’s finder at the start of the research, only nine requested to be on the Law Society’s list of those which do immigration and asylum legal aid work in practice. Even then, often there is only one person in the firm doing this work, usually alongside other areas of practice. Fees are low - £43.25 per hour at the time of the research, while one solicitor said their hourly running costs were £105, and two firms had closed their immigration legal aid departments in recent years. This has left inadequate provision for around 825 asylum applicants accommodated in NI, let alone any other eligible need.

Scotland has a larger population of legal aid providers than NI, but they are heavily concentrated in Glasgow, which is also the only asylum dispersal area in Scotland at the time of writing. That means that people outside Glasgow with non-asylum related needs are likely to have to travel for advice, or access it remotely. The funding structure is different from that in E&W, and incentivises spending time with the client, which is positive, though solicitors are significantly underpaid for certain elements of essential work. Firms explained that they lose a lot of newly trained lawyers to the Scottish Government and its various departments, because they cannot compete on salary.

Meanwhile the UK’s departure from the EU brought millions of people into the scope of immigration control for the first time. In every region and nation there are tens or hundreds of thousands of people with pre-settled status, which limits their rights to benefits and will require them to pro-actively upgrade to settled status when eligible. And in every region and nation there are thousands, or tens of thousands, of people who received ‘other outcomes’ from an EUSS application, leaving them with no status at all. Those who are re-applying have lost their EU-related rights in the meantime.

This is much more geographically diverse than asylum need, yet legal advice provision is largely concentrated in asylum dispersal areas. For example, the eastern half of the East of England region has no legal aid providers and very limited non-legal aid provision. The region as a whole has 1,052 people accommodated in asylum support, which is at the lower end compared with other regions and nations, but it has the third-highest number of unaccompanied children and the third-highest number of foreign nationals in prison, and the fourth-highest numbers of people with pre-settled status or no status at all as a result of an application to the EU Settlement Scheme.

The very limited scope of legal aid in E&W means that free or low-cost non-legal aid advice is much more important than in Scotland or NI. Yet, just as the sister report for London showed, there is a severe shortage of accredited advice organisations across most of the UK. Wales, for example, has only organisation accredited at Level 3 and one at Level 2 of the Office of the Immigration Services Commissioner (OISC) framework. These are both in Cardiff, and each has only one full-time caseworker employed, meaning they can only deal with tiny fractions of the need. Typically, these organisations rely on grant-funding, which rarely lasts more than three years – often less – making it very difficult to train, supervise and retain new staff. The difficulties around training, in turn, have caused a recruitment crisis at all levels throughout the UK.

The research offers a detailed account of the current geography and economics of immigration and asylum legal advice need and provision across the UK, with a national picture followed by a section for each region or nation. We hope it will be a useful resource for funders, advice provider organisations, and government bodies to understand and start to resolve the serious deficit between need and provision.

No access to justice: How legal advice deserts fail refugees, migrants and our communities